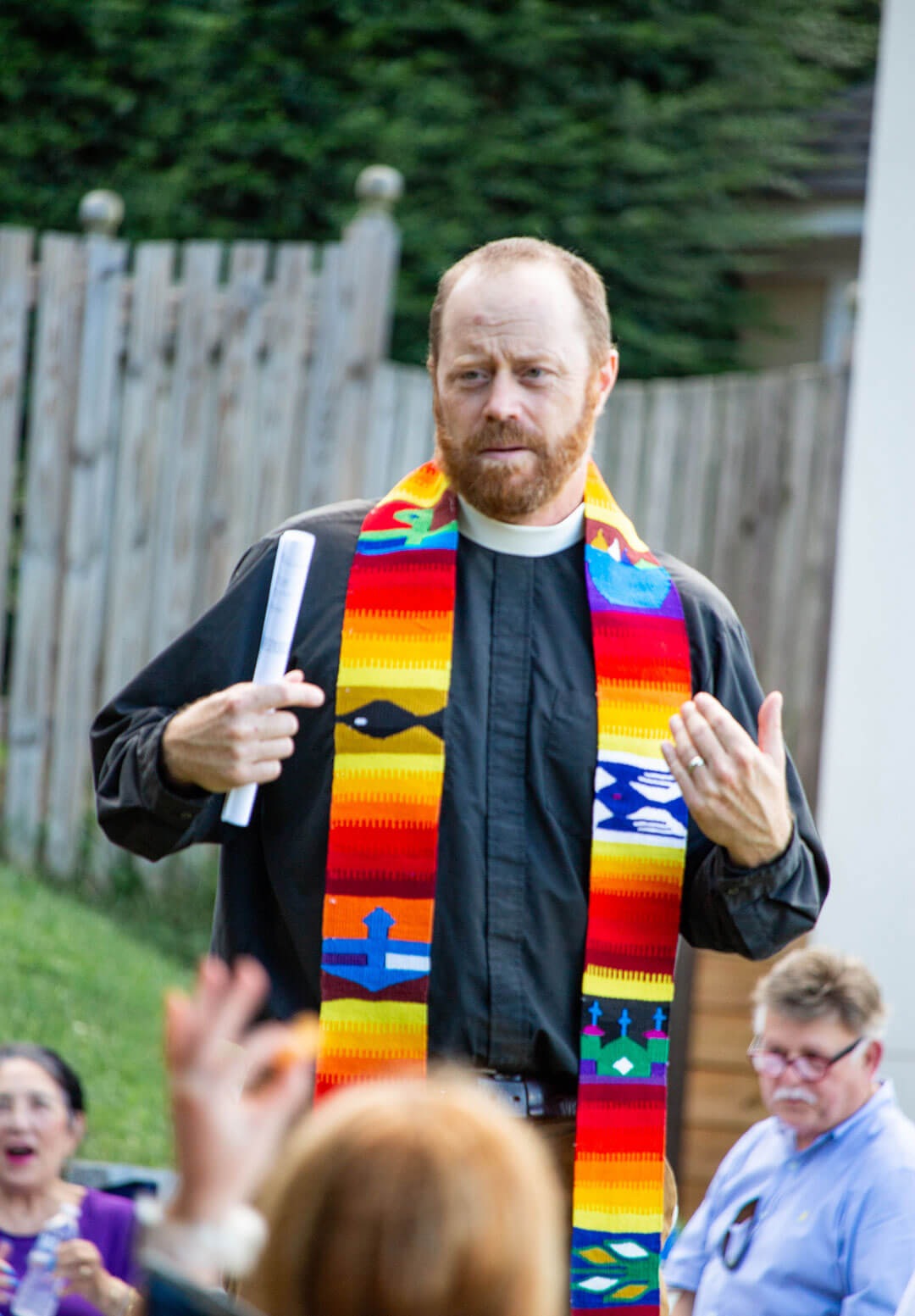 Ben joined us in February 2013. He returned to Virginia after serving his first ten years of ordained ministry in Louisville, Kentucky. A graduate of the University of Virginia, Ben is still not sure how he ended up at Virginia Theological Seminary in the fall of 2000, but each year in parish ministry convinces him that the Holy Spirit had something in mind (and a pretty good sense of humor). He stands in awe at the extent to which a community of faith cares for one another and for the stranger.

Born a “Navy brat” in Williamsburg, Ben has lived in twenty places since then. From the Pacific Northwest to the Deep South, from New England to across the pond in Scotland, his family quickly sought an Episcopal or Anglican church to call home with each move. The familiarity of the service and the diversity of those gathered around the Lord’s Table assured him he belonged.

He seeks to assure all people that they indeed belong, that they are made in the image of God and are beloved by God. The opportunity to instill this belief in our young people (through Saint James’ Episcopal School and the various children’s and youth ministries) is a particular blessing. He also has a passion for outreach and is excited to see Saint James’ Episcopal Church grow in ministry to others beyond its doors.

In his spare time, Ben enjoys pretty much anything outdoors and spending time with his family, wonderful wife, Anna, an architectural historian, son, Elliott, and daughter, Lauralee, as well as a slew of pets.

If you would like to learn more about the Episcopal Church or Saint James’, Ben would love to meet you. You can contact him at rector@saintjameswarrenton.org.